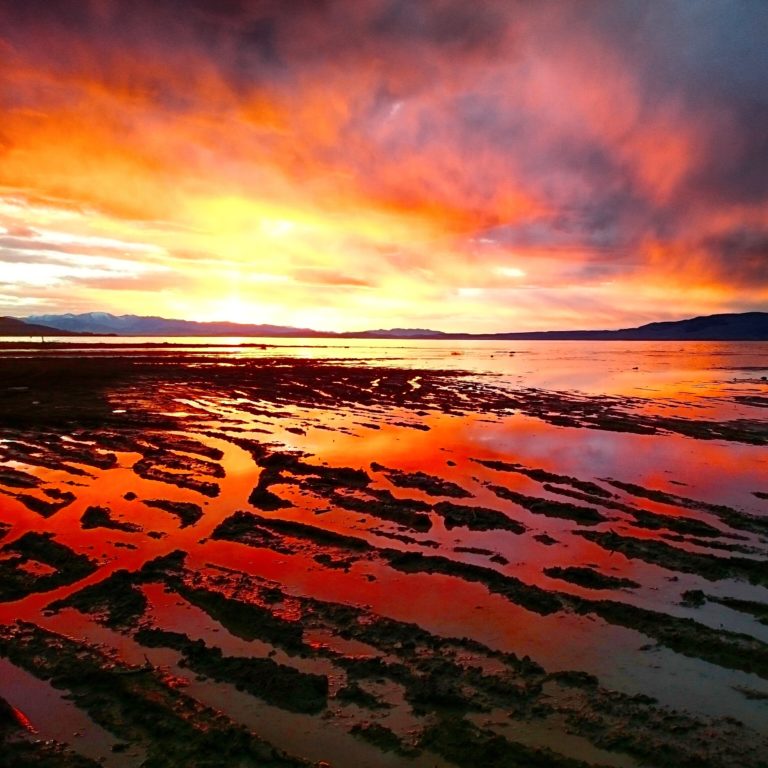 This summer, Utah Lake dropped to just over 7′ below the full line known as “compromise” which sits at 4489’ above sea level. It hasn’t been this low in 23 years. Because so many Utah County residents have been talking about the low lake level, it is a perfect time to post a blog about the topic to give you some background on why the lake is so low. You can decide whether the extremely low water is normal or not. Throughout this article, a research study will be cited that was completed in 2007 titled, “Utah Lake Water Level fluctuation Report” Prepared by Central Utah Water Conservancy District and Steven Thurin with HDR Engineering.

After thoroughly reviewing information available on Utah Lake water usage and water levels, it is clear there is no single solution for Utah Lake’s water situation. There is a great deal of work going into improvements on and around the lake that will positively impact water levels and hopefully by tackling this issue from every angle possible, we will see rewards from the effort. To better understand water levels in Utah Lake, it is really helpful for lake users to understand its history. Rest assured, there is hope for Utah Lake, now and in the future.

As many know, Utah Lake started out as a part of the significantly larger Bonneville Lake. How large? 19,800 square miles. To put that into perspective, Utah Lake is 150 square miles when full and is considered the 3rd largest freshwater lake West of the Mississippi from a surface standpoint.  Take a look at this map to see: 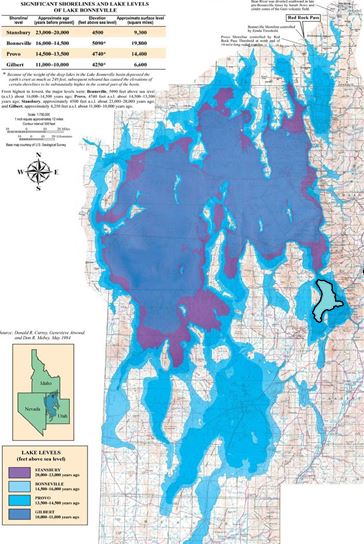 Utah Lake as we know it today, is on the far right side of this map roughly outlined in black. That is how small Utah Lake is compared to Lake Bonneville. The maximum water level of Lake Bonneville was 600 feet higher than today’s compromise level. Due to erosion and long periods of dry climate, the level dropped over time to approximately the more recent lake levels seen over the last 150 years. This was an enormous fluctuation in the water level. One research article verified the premise of massive lake level fluctuation. It mentioned the discovery of a Native American burial site, from over 5,300 years ago, that was only uncovered in 1991 because lake levels dropped below elevation 4483. That means that at least one point, during span of time Native Americans inhabited this area, the shoreline of Utah Lake was as low as we see it today but was later covered by the return of higher water levels. Unfortunately, due to lack of records, there is not much more information in regards to lake levels from the pre-settlement era of Utah Lake.

Early records show the highest recorded lake levels of 4495.5 (6.5’ above full) in 1862. Moving forward to the timeline shown by the figure below, in the 1930’s, 1960’s, and early 1990’s, water levels were lower than other periods because of three or more years of drought, exacerbated by evaporation and demands to meet downstream water rights. This shows that fluctuation in lake levels is not something new, but a repeating pattern made more visible during seasons of drought. We are currently in a five year drought, which has resulted in lake levels similar to those shown in the figure below. 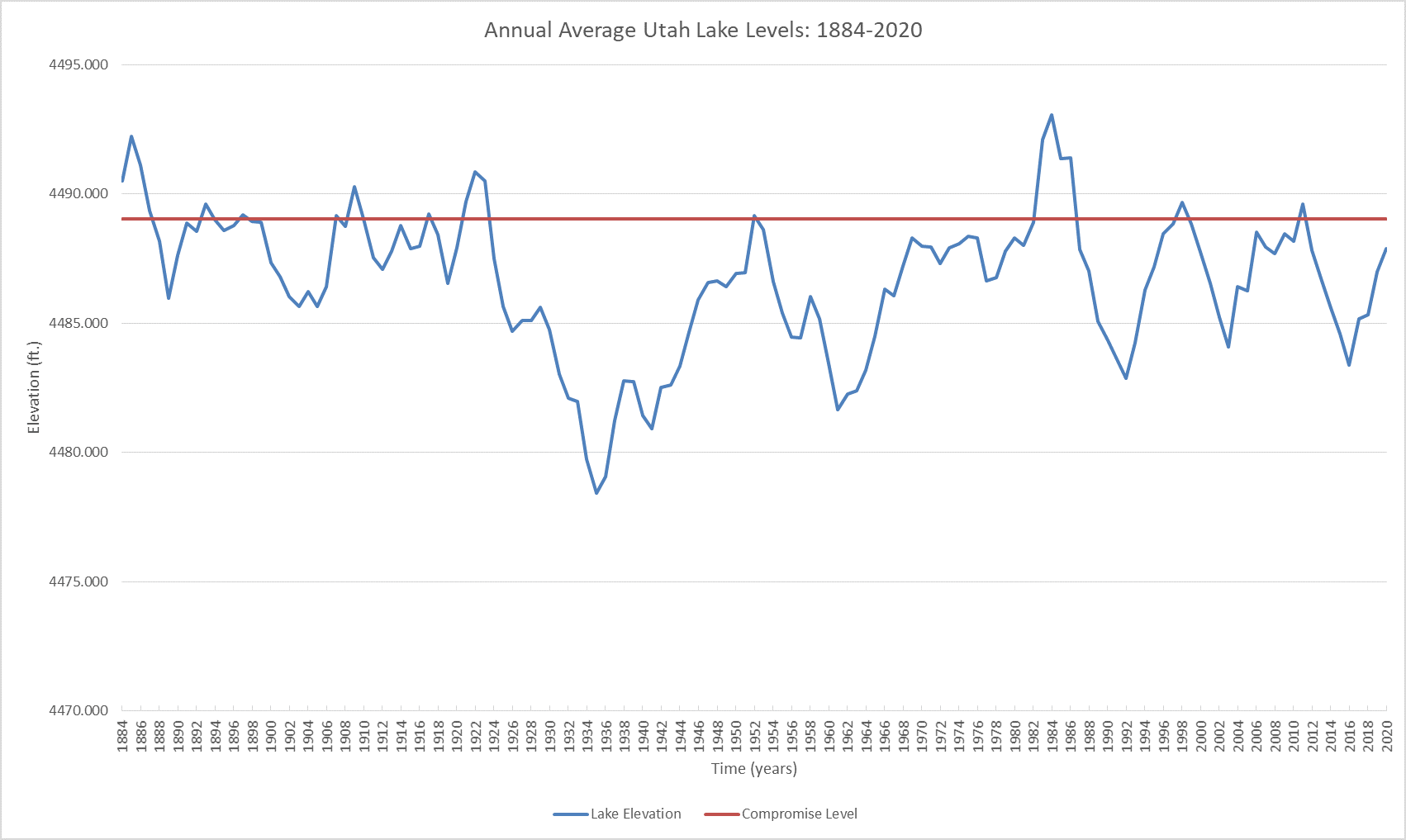 While drought is the main contributing factor behind low lake levels, there are four other important factors that contribute to lake levels every year. First, upstream water use that reduces the amount of inflow to the lake. Second, changes in the lake outlet, which controls how much water flows out. Third, use of the lake as a storage reservoir, which affects storage and withdrawals. Fourth, evaporation of the water in Utah Lake is a significant factor to lake levels.

Beginning as early as the 1840’s and 1850’s, settlers of this area began substantial irrigation projects that diverted water that would have ended up in Utah Lake. Unfortunately, no significant records of water flows exist from this early settlement period. Currently, the State Water Plan estimates that diversions upstream of Utah Lake total more than 300,000 acre-feet per year. For those who don’t know, 1 acre-foot is a unit of volume equal to the volume of a one acre sheet of water one foot deep; or 326,000 gallons.

Changes in the Lake Outlet

Thurin’s report states that, “In addition to changes in Utah Lake inflows, the most important historical change affecting Utah Lake levels has been the damming of the Lake and other changes to the Jordan River to manage outflow for water supply purposes.” The first diversion dam on the lower Jordan River was built around 1850, and the first dam with a significant impact on the lake levels was built in 1872 at the Jordan Narrows. There has been much controversy over the years in regards to these and subsequent dams. In fact a number of lawsuits over the ensuing years created changes to the way water is held in Utah Lake. The Compromise or full mark of the lake (4489’ elevation), was the result of one such suit.

The accounts available demonstrate that considerable efforts were made to allow more water to be released from the lake at lower water surface elevations. A major channel development was undertaken in 1906 and was later followed by a major dredging in the channel in 1986, the latter being described in greater detail in the Thuron report. The report shows that, with the dredged channel and with the lake at the compromise elevation, the outflow was more than doubled. That said, the sensitivity analysis that was performed as a part of this research project showed that “the capacity of the natural Utah Lake outlet does not affect the average annual lake level variation as much as do the operational changes associated with using the lake as a water supply reservoir.”

The Lake as a Storage Reservoir

The use of Utah Lake as a reservoir is operated by the Utah State Engineer’s Office to meet the water needs of the downstream water right holders and for water storage in conjunction with the storage reservoirs upstream. A bulk of the downstream water rights, just over 300,000 acre-feet annually,  is used during the months of May through September. Operating Utah Lake to reliably supply this volume of water causes the Lake to be held at a higher level in the winter and spring, and to be quickly drawn down in the summer and fall, which contributes to the low levels seen today.

Estimates of annual evaporation out of Utah Lake are approximately 380,000 acre-feet. That is 52% of the estimated annual inflow! This is a significant contributor to the lake levels, and there is no simple solutions to decrease its impact. Why do we lose so much water to evaporation? There are several factors that contribute to the evaporation of water from Utah Lake. First, Utah Lake has a huge surface area. It is 24 miles long, and 12 miles wide, totaling an area of 150 square miles (96,000 acres). That is a lot of surface area exposed to sunlight. Utah Lake is also very shallow, just 9 feet deep on average. The fact that Utah is technically a hot and dry desert, aggravates this issue as well. These three factors: a large surface area, shallow water, and heat add up to a significant amount of evaporation of water, lowering our lake levels throughout the year. 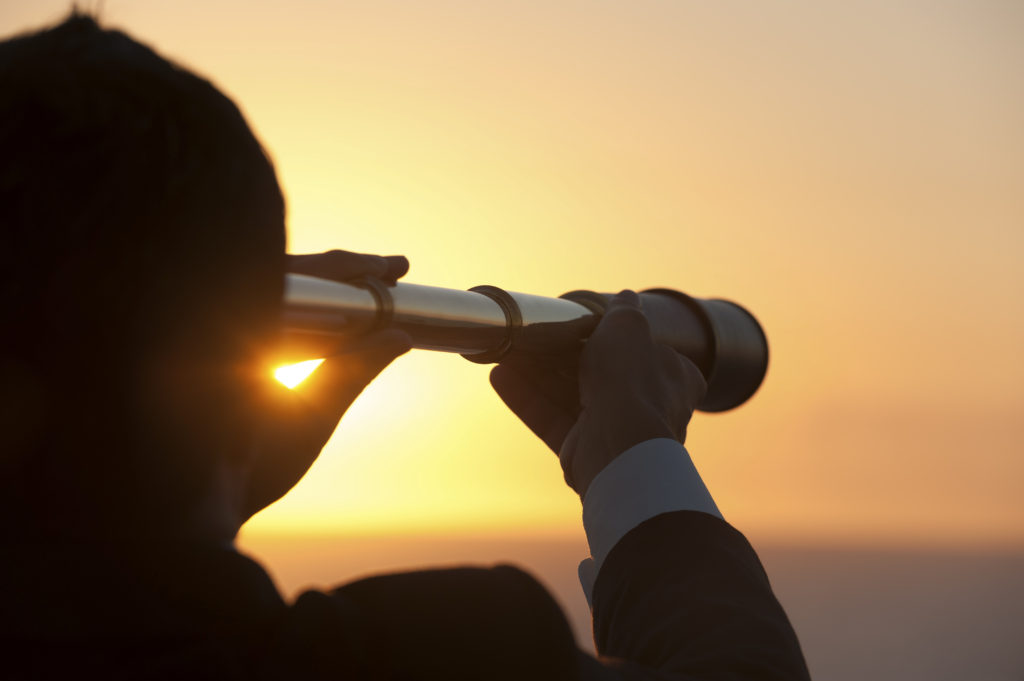 So, what does the future look like? If we take into consideration all that we have discussed thus far in this article: the trends in fluctuating water levels, the impacts of diversions, operation of the lake as a storage reservoir, outflows, and evaporation, we can expect to see similar trends as the past. Just look again at water levels chart above, and you can expect that water levels might look similar. Wet years, especially during the winter, will produce higher lake levels. Droughts will produce lower levels. Hot summers will lower levels. Diversions upstream and downstream will lower levels. Utah Lake levels have fluctuated similarly throughout the time that humans have settled along her shores, and we can expect that to continue.

What Can We Do?

What CAN we do? Being smart about how we use water is one of the easiest ways to decrease the demand on our water. There is talk of dredging the entire lake to make it deeper which would keep the temperature down a little and reduce evaporation, shoreline projects to reduce the water consumption by Phragmites, the list goes on. If we want to see a change, we all need to get involved. Get informed about the facts, express opinions, and do something about it.

Utah Lake will continue to function, will continue to be beautiful during all four seasons, will still be there long after we die. If there are changes to be made, they won’t occur unless we get informed and get involved. Hopefully this article helps you as a reader understand the basics of water levels at Utah Lake and what causes those lake levels to change throughout the year. 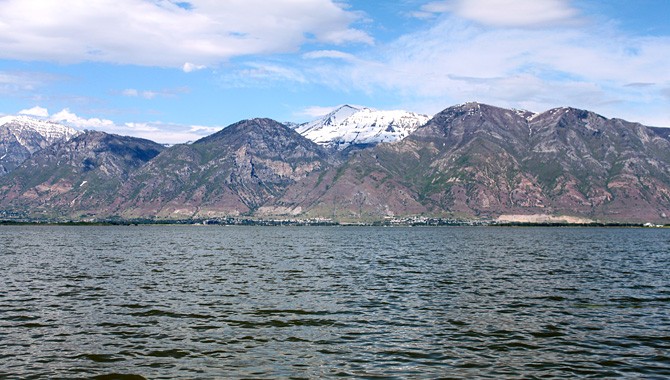 I recently had the opportunity to explore Utah Lake by[...] 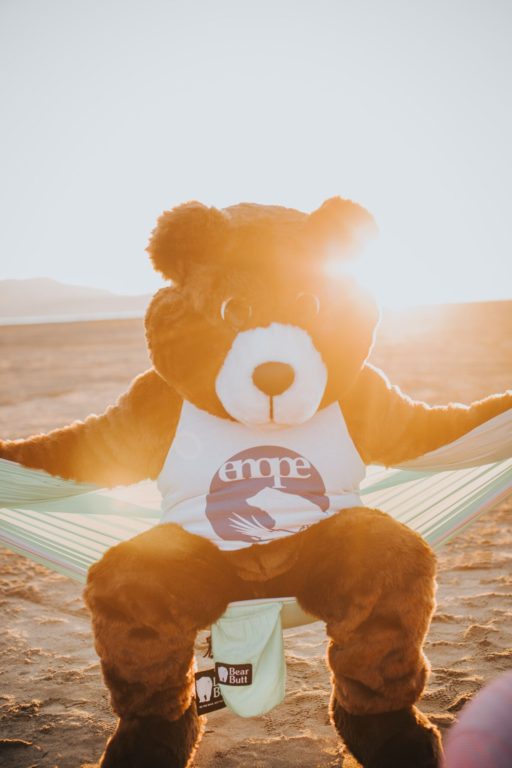 A photo posted by Utah Lake Commission (@utahlake) on Dec[...] 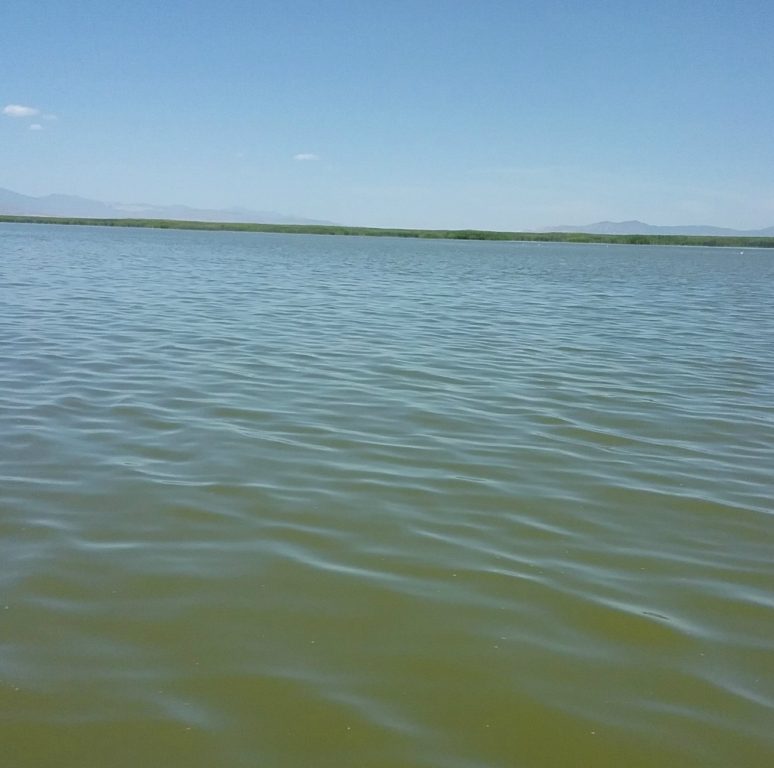 The algae have arrived. The Utah Department of Environmental Quality/Utah[...]